Dinahsta “Miss Kiane” Thomas, is a native of Queens, NY, and has resided in multiple places but most recently settled in Washington, DC. Born to an African=-American mother and a West African father, she is the eldest of both her parents children but was was raised as an only child. At an early age, Miss Kiane became acquainted with grief and loss.  Her mother’s son, her brother was removed from her home and adopted into another family at an early age. Her mother passed away abruptly when she was 12 years old and her father became completely estranged to her around the same time.  Miss Kiane experienced homelessness, couch hopping and general poverty before settling in Maryland where she and her mother lived with her maternal grandmother. Miss Kiane learned to use writing and poetry as a therapeutic outlet. Whether it was dear diary letters, journal entries or poems jotted in spiral notebooks, writing has helped her cope and heal. Through this and the prayers of her grandmother, Miss Kiane managed avoid becoming a typical statistic. She attended and graduated Morgan State University where she earned a BS in Psychology. The first in her family to receive a college degree, Miss Kiane went on to earn a Master of Social Work degree from Howard University.

Although she is a social worker by profession, she is a poet by passion. In 1997, Miss Kiane launched KIANE INK. She wrote cards, poems and other writings for special events and as special gifts. In 2005, she rebranded and changed the name to KIANE INK HEALINGING IN THE PEN, LLC (DBA Kiane Ink) and focused on poetic performances, products and productions.  More specifically, Miss Kiane provides spoken word performances, paraphernalia with original poetic excerpts and community open mics.  In addition, Miss Kiane provides individual consultation/coaching to creatives and community organizers who want to use the arts to mobilize a cause. Because writing served as a therapeutic outlet for her during her childhood and adulthood, Miss Kiane believes that poetry can help others in a similar way. In her own words, “Poetry is my friend, my catharsis….my gift to the world….” 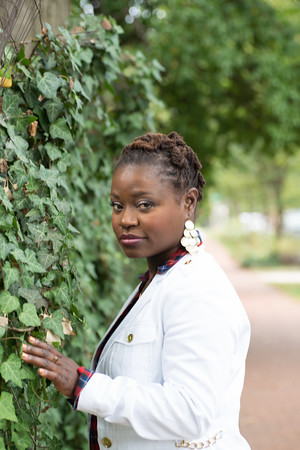